While female guppies freeze, male guppies show off: the effects of operational sex ratio on mating competition under acute and chronic predation risks (#150)

The risk allocation hypothesis (RAH) predicts an increase in fitness-related activities (e.g. foraging, reproduction) in the absence of an imminent predation threat in populations experiencing high versus low levels of chronic predation risk. Recent work suggests that mating competition in both sexes of guppies depends primarily on operational sex ratio (OSR; number of competitors/number of ready-to-mate members of the opposite sex). However, the rates of intrasexual aggression are lower in high versus low chronic predation-risk populations in the absence of an imminent threat, suggesting that the predation-related costs of aggression are high enough to counter the prediction of the RAH. Instead, males from high chronic-risk populations seem to favor mating attempts when no predator is present to increase their reproductive success. The aim of our study was to examine the impact of acute predation threats on these patterns of mating competition. Under laboratory conditions, we explored the combined effects of acute predation (low risk vs. high risk), chronic predation (low ambient predation risk vs. high ambient predation risk), and OSR (i.e. 0.2, 0.5, 1, 2, 5) on mating competition in male and female wild-caught Trinidadian guppies (Poecilia reticulata). Surprisingly, males favored courtship over forced mating under acute risk of predation, potentially taking advantage of the freezing behaviour of females to capture their attention in order to increase their reproductive success. Regarding aggression rates, females responded in accordance with the RAH by proportionally responding to the level of acute risk and by responding more when originating from a low chronic predation-risk population. Conversely, males exhibited a lower and non-proportional response to alarm cue, but still responded more under low chronic predation risk. As expected, these trends were accentuated at high OSRs. These results highlight how guppies respond differently to a chemical (lower risk) rather than a visual (higher risk) acute threat, as well as the opposite sex roles attributed to males and females. 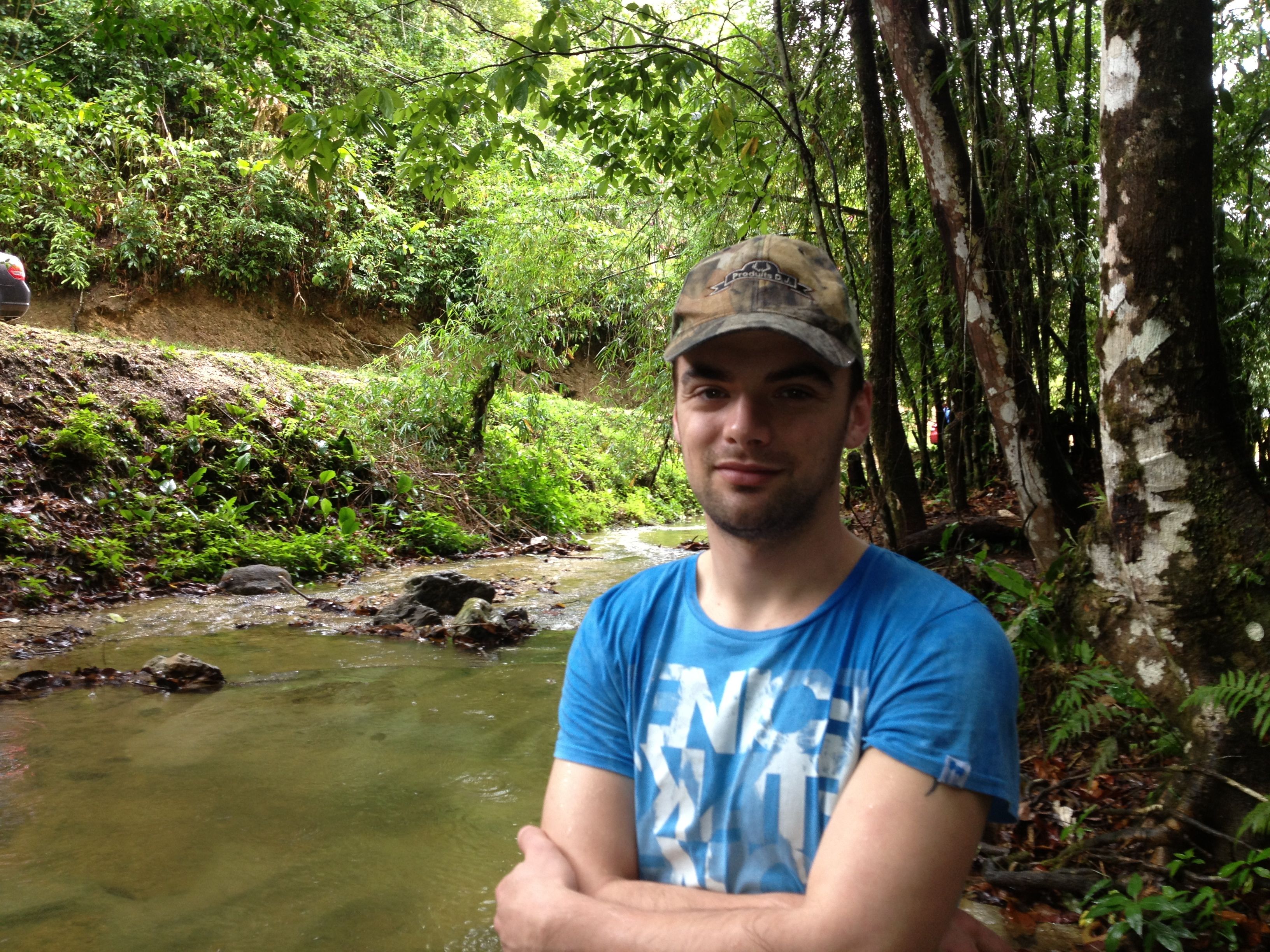 I'm a PhD student in my last year at Concordia University Department of Biology in Montreal, Canada. I am co-supervised by two fish behavioural ecologists: Professors James Grant and Grant Brown. Their fields of expertise are competition/agonostic behaviour and predation risk/chemical ecology respectively. My ambitious PhD project aims to explore the combined effects of competitor-to-resource ratio, tempo of predation risk and sex on competition for different resources (i.e. mates, food). My interests for this project focus primarily on the interactions between these factors on competition, but also on identifying any potential recurring competitive patterns independent of resource type.