Investigating dominance status, aggressiveness and personality in the rainbow trout (#220)

Rank position within a dominance hierarchy and the outcome of pair-wise interactions influences the access to valuable resources including food, shelter and mates and influences overall fitness and survival. Rainbow trout form clear, linear dominance hierarchies in groups and also engage in agonistic interactions in pairs. In farmed rainbow trout, aggression may have economic consequences, since repeated agonistic encounters may contribute to the stress levels of the fish and may impact upon welfare. Once dominance is established, dominant individuals show distinct behavioural, physiological and genetic differences to its subordinates and aggression decreases. It is therefore difficult to disentangle the genetic effects of aggression from those of dominance. However, by measuring aggression levels of trout after a single, short encounter, it may be possible to determine a genetic profile of aggression rather than dominance. Advances in sequencing technologies mean that novel candidate genes can be discovered to add to those already known. Moreover, by using shotgun sequencing, the “aggression transcriptome” may be revealed, giving a comprehensive view of evolutionarily important behaviour. This presentation will review research on profiling gene expression in the brains of rank members of dominance hierarchies using a custom built microarray library and exploring gene expression in the brains of winners and losers of dyadic interactions using 454 sequencing alongside hormonal and behavioural measures to determine the genomic correlates of aggressive performance. A number of genes linked to stress and behaviour were identified and further tested in experiments exploring bold, aggressive phenotypes versus shy, timid phenotypes. These genes provide targets for future studies. 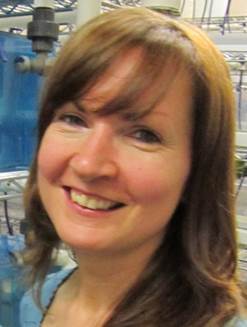