Castration is a painful procedure which is routinely performed on livestock. In this study, the behavioural expression of Brahman cattle pre and post-surgical castration were examined using Qualitative Behaviour Assessment (QBA). The objective was to compare the pain behaviour in cattle provided with different analgesic protocols using a non-steroidal anti-inflammatory drug and local anesthesia. Forty-eight Brahman bull calves were divided into six treatment groups (n = 8): 1).No castration (NC), 2).Castration with no analgesia (C), 3).Castration with Meloxicam administered prior to procedure (CMpre), 4).Castration with Meloxicam administered post procedure (CMpost), 5). Castration with Lidocaine (CLA) and 6). Castration with Lidocaine and Meloxicam post procedure (CLMpost). Video footage of cattle were recorded pre- castration (Day -1), immediately after castration and post-castration (Day +1) for analysis to determine any treatment effect. There were significant differences identified between (C) with the rest of the treatment groups (p < 0.01) among 30 observers in their assessment of behavioural expression immediately after castration. However, no significant differences between treatment groups were found on both pre (Day -1) and post (Day +1) castration days. There was significant inter-observer reliability, with 50.1% of the variation in their scoring explained by the consensus profile. 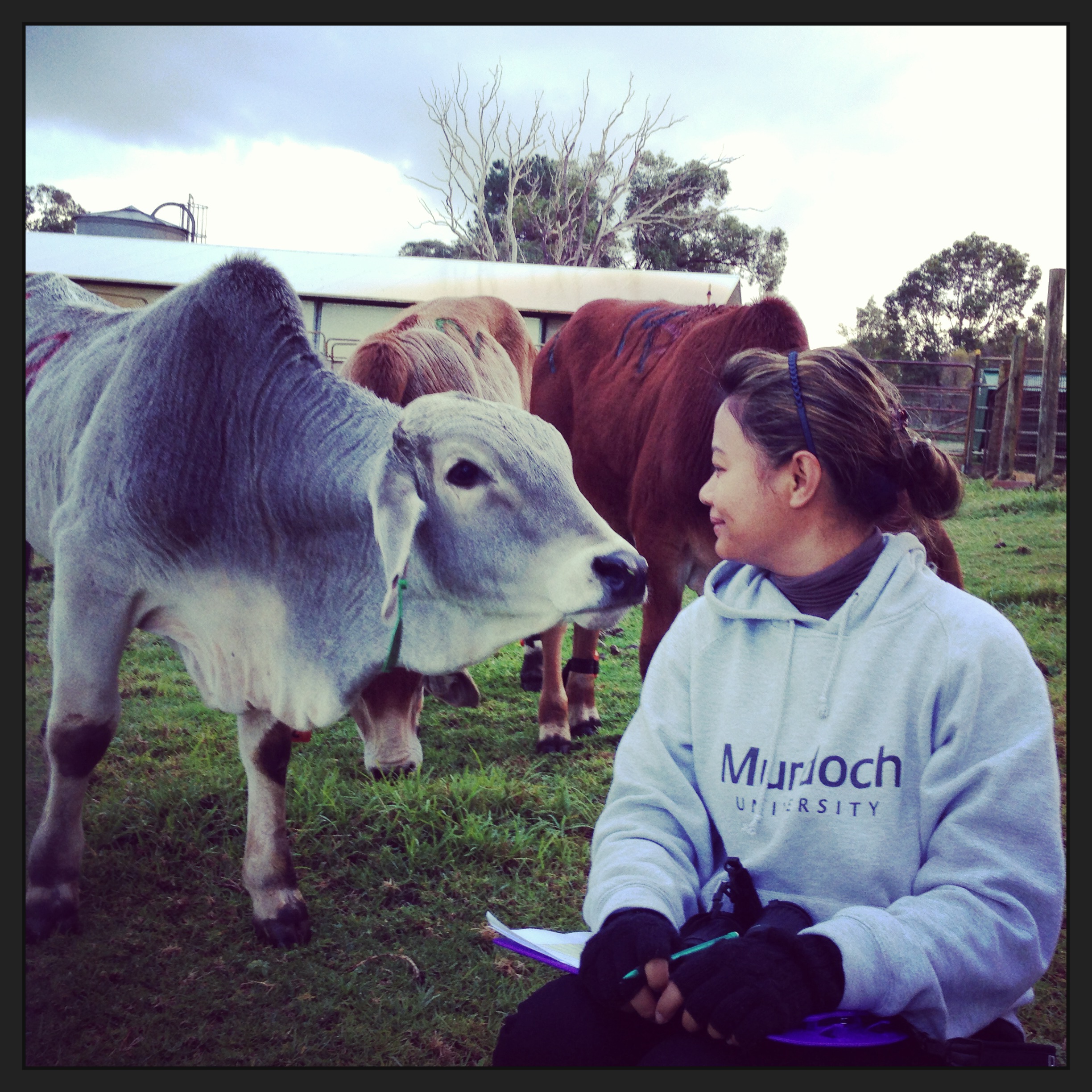