A memory of hunger: effects of early-life adversity on adult foraging behaviour in European starlings. (#590)

Behavioural ecology has provided many examples of how the behaviour of animals can respond adaptively to changes in their current state. In most of these cases, the states studied are reversible, short-term states such as level of fat reserves. However, it is also possible for an animal’s state to be permanently altered by the conditions that it experiences early in its development. In my talk I will explore the hypothesis that animals could develop adaptive behavioural responses to the state that they have been dealt by their early developmental experience. We call this type of adaptive developmental plasticity (ADP) somatic-state based ADP to distinguish it from the more commonly discussed informational ADP, in which animals develop a phenotype that adapts them to a future environment predicted by a cue received during development. For the past three years, we have been using the European starling (Sturnus vulgaris) as a model in which to explore how early-life adversity alters both state and adult food-related cognition and behaviour. We have developed short, post-hatching experimental manipulations of both food restriction and/or psychosocial stress, inspired by the consequences of natural variation in brood size in starlings. As a measure of how these manipulations affect state we have been using erythrocyte telomere length (ETL). ETL is a measure of cellular aging, that we argue provides an integrative biomarker of the cumulative stress experienced by a developing bird, and also prospectively predicts its future morbidity and mortality. Using a range of different foraging tasks we have shown that birds with poorer state, as indexed by shorter ETL, also show a suite of changes in foraging behaviour, including being faster to approach known food sources, faster to investigate unknown food sources and more impulsive when given a choice between a small immediate reward and a larger, but more delayed reward. Together these differences are suggestive of a “psychology of hunger” similar to that seen in acutely hungry animals. I suggest that this adult psychological phenotype could be an adaptive, plastic response to the impaired state of the birds, and hence a case of somatic state-based ADP. I end by discussing how we can test whether a particular case of developmental plasticity is adaptive and how we could distinguish somatic-state based plasticity from informational plasticity. 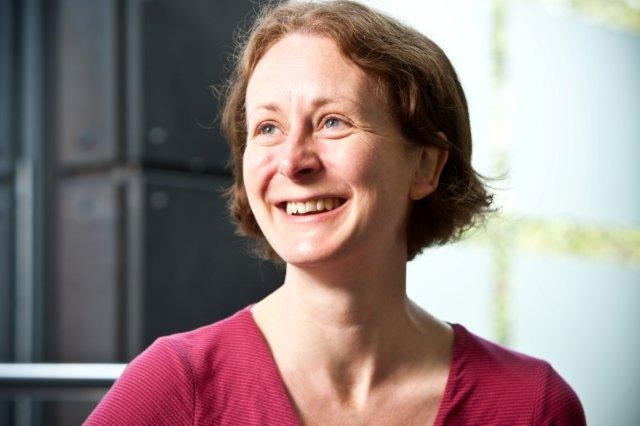 Biography for Melissa Bateson Melissa Bateson is currently Professor of Ethology at Newcastle University in the UK. She grew up in an academic family in Cambridge, daughter of ethologist Patrick Bateson. For her university education she migrated to Oxford for a BA in Zoology tutored by Richard Dawkins, followed by a DPhil with Alex Kacelnik, studying the foraging decisions of European starlings. During a post-doctoral fellowship in Warren Meck’s lab at Duke University in the USA she studied the psychopharmacology of interval timing. She returned to a Royal Society University Research Fellowship at Newcastle University in 1998. She has stayed Newcastle ever since, moving through departments of psychology, biology and currently the Institute of Neuroscience. She has worked on a range of species over the course of her career from honey bees to chimpanzees, but has always maintained a loyalty to starlings. Over the past decade she has become interested in emotion, what it is, how we can measure it in non-verbal subjects and latterly the developmental origins of low mood. Her interests in developmental origins of mood have recently led her to think more broadly about how early developmental experiences shape cognition and decision making. She is currently collaborating with her husband, behavioural biologist Daniel Nettle to explore whether, and if so how, specific cases of developmental plasticity are adaptive.