The reproductive interactions of females and males have evolved as a consequence of the confluence of interests but asymmetric costs borne by each sex. The two sexes have divergent strategies of energy investment that correspond with different life strategies. Due to this, it is possible that differing modes of reproductive investment between the sexes in insects are reflected by the thermal preference of each sex because metabolic energy release in ectotherms is dependent on temperature. The critical role of energy in male reproductive success is evident in male Ceratitis capitata (Wiedemann) (Diptera: Tephritidae), where signaling and participation in leks or fruit guarding depends on stored lipid and sugar levels. Using thermal gradient assays, we found that male C. capitata preferred a temperature of 23.8±0.3˚C but females preferred 22.1±0.3˚C, and these preferences were significantly different. To explain this result, we tested a range of non-mutually exclusive explanations related to the energetic demands of sexual activity and reproductive output over the temperature range of 18-28˚C. We found that the frequency, total duration and mean length of calling bouts by male C. capitata were optimal at 26˚C. Mating propensity, mating latency and mean copula duration were optimised over the range of 22-28˚C, but when mating occurred, temperature had no effect on the incidence of sperm storage or the number of sperm stored by females. Female longevity was highest at 28˚C, but lifetime egg production was optimal at 24˚C. These results illustrate that there are differences in the reproductive fitness of the sexes in C. capitata at different temperatures, although the optima of measured traits do not align well with the thermal preference of each sex. It appears that higher average environmental temperatures may improve male sexual performance and female longevity, but fecundity may decline in the absence of adaptation or thermoregulatory behaviour. 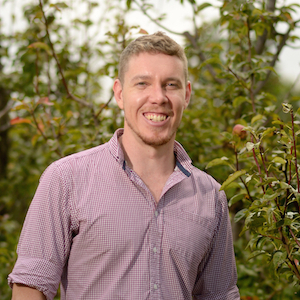 I have a track record of basic and applied research on pest Bactrocera and Ceratitis species in Australia and South Africa. This work has encompassed the behaviour, ecology and physiology of tephritid fruit flies, which has benefitted their sustainable management. In particular, he has contributed to optimising the use of the sterile insect technique for the suppression or eradication of tephritid fruit flies. He began working on fruit flies during his PhD studies at the University of Sydney, Australia. After being awarded the PhD in 2005, Dr Weldon continued his research on fruit flies as a postdoctoral fellow at Macquarie University, Australia (2006-2010) and Stellenbosch University (2010-2012), before commencing as a Lecturer in the Department of Zoology and Entomology at the University of Pretoria in 2012. Now a Senior Lecturer, his contribution to the field of tephritid biology and management has been recognised with a C2 researcher rating from the South African National Research Foundation in 2013, as well as an Exceptional Young Researcher Award by the University of Pretoria in 2014. His current research determines the thermal and water relations of tephritid and other fly species to understand their functional and behavioural responses to environmental conditions, establish whether tolerance of environmental extremes underlies their invasive potential, and to predict how climate change will influence their distribution. He has also commenced a project on the mechanisms and evolution of ageing in tephritid flies in collaboration with partners in South Africa, Germany and the United Kingdom.