Influences of the Early Social Environment on Adaptive Strategies of Female Wild Cavies under Limited Conditions. (#656)

In the present study, we investigated whether daughters of mothers living in unstable social environments have advantages over daughters of mothers living in stable social environments in situations where resources are scarce. The idea of this experiment is that high population density situations are characterized by a high degree of instability and scarce resources, whereas low population density situations are characterized by a high degree of stability and sufficient resources. Thus, in situations in which resources are limited, competitive abilities are important and masculine traits facilitate the attainment of dominant social positions which in turn help to secure resources more efficiently. Under such conditions masculinized females might fare better than non-masculinized ones. We analysed cortisol reactivity, body weight development and dominance establishment and will discuss whether the different behavioural phenotypes are caused by maternal effects and may represent adaptations to prevailing and future environmental conditions. [2] 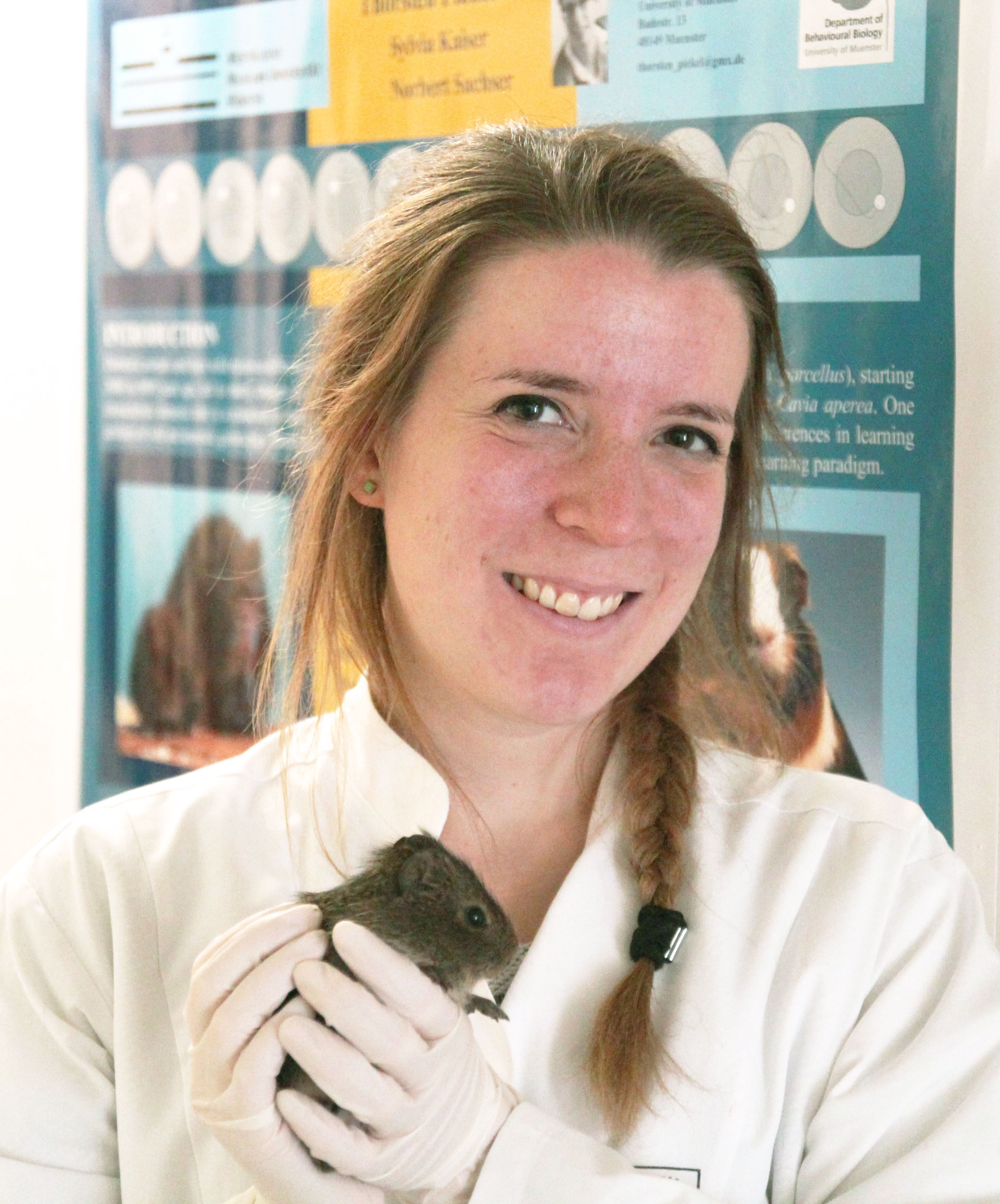 Susanne Sangenstedt (*1989 in Bonn-Duisdorf) started her studies of Bioscience at the University of Muenster in 2008. She completed her Bachelor thesis with the title „Dominance Hierarchy and Spatial Organization of Guinea Pigs Living in a High-Density Population“ at the Department of Behavioural Biology under the supervision of Prof. Dr. Norbert Sachser in 2011. During her MSc studies at the University of Muenster, she performed several internships at the Psychology Departments of the University of Muenster and of Berlin. Under the supervision of Prof. Dr. Sylvia Kaiser she completed her Master thesis in 2014 which concentrated on effects of the early social environment in male adolescent wild cavies. In her PhD project, which she started in April 2014, she will again have a look at the influence of prenatal and early postnatal social stress in wild cavies under the topic „The Social Modulation of Behaviour, Cognition and Stress Reactivity during Pregnancy and Lactation“ (DFG-Forschergruppe, FOR 1232).