Divorce in a socially monogamous bird: hormonal and reproductive consequences (#96)

Social monogamy is the most common breeding system in birds, observed in 80% of all species; however, there is substantial variation both between and within species in the duration of this pair bond. Few studies have investigated the functional benefits of maintaining partner bonds across reproductive bouts and no study to date has investigated the hormonal mechanisms associated with divorce. We divorced established pairs to examine the effects of re-pairing on reproductive success in captive zebra finches (Taeniopygia guttata).  Additionally, we investigated one hormonal pathway that could explain differences in reproductive success between pairs that bred together repeatedly or those that were forced to re-pair: the relationship between corticosterone (CORT; a steroid hormone involved in the stress response) and prolactin (a hormone implicated in parental care).  CORT is an important hormone for maintaining homeostasis, but can negatively impact reproduction.  Although divorce and re-pairing increases CORT in some bird species, it is currently unknown how this affects prolactin levels and reproductive success.  We found that new pairs formed after divorce reared equal numbers of nestlings compared to pairs allowed to breed iteratively with the same partners.  However, all pairs reared more nestlings in a second reproductive bout, suggesting that breeding experience is more important for reproductive success than repeated experience with one partner.  Birds had lower levels of CORT in the second reproductive bout, but there was no difference between birds that had divorced (and re-paired) or not.  Additionally, CORT levels predicted the latency to initiate breeding.  Neither breeding experience nor divorce affected prolactin levels and prolactin was not related to CORT levels. These data do not explain the long term maintenance of pair bonds in the zebra finch, but do show that CORT modulates reproductive timing and investment. However, it seems likely that this hormonal pathway operates independently of prolactin. 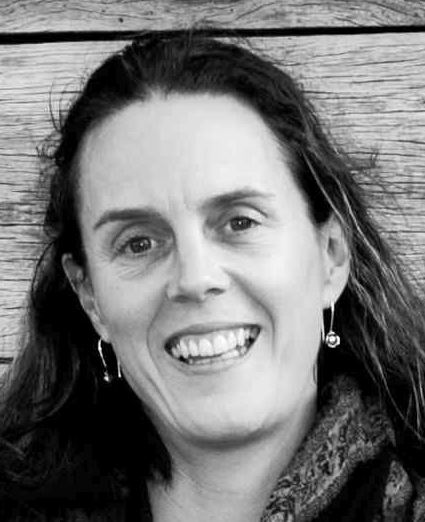 Kate Buchanan is an avian behavioural ecologist whose interests span from mechanism to function. Having conducted her Ph.D. work on the evolution of song complexity, (University of London 1997) she moved onto 2 postdoctoral positions at the University of Stirling examining the evolution of visual signals, before taking up a personal research fellowship (Royal Commission of the Exhibition of 1851) and then a lectureship at Cardiff University. There she conducted a research program on the effects of early developmental stress and endocrine influences on songbird behaviour and neural development. In 2008 she moved to Australia to take up a position at Deakin University, where she now works. Her research remains focused around the mechanisms and evolutionary processes giving rise to a range of avian signals. Currently she has students working on yolk hormones, song complexity, development of avian immune function and development of the song control circuits.