Understanding how parental stress affects offspring fitness is relevant to conservation issues because the future of any population ultimately relies on the successful development, survival, and reproduction of its offspring. In particular, stress in female fish prior to spawn can affect offspring characteristics after hatch because maternal hormones, mRNA, proteins and lipids are deposited into the developing eggs. The glucocorticoid stress hormone cortisol is of interest as a mediator of maternal stress on offspring characteristics because cortisol plays an organizational role during early development in teleost fish. The present study tested the hypothesis that maternal exposure to exogenous cortisol prior to spawn affects offspring phenotype by hormonal mediation. Adult largemouth bass (Micropterus salmoides) were collected from lakes and distributed into one-acre semi-natural experimental ponds at the Sam Parr Biological Station in Illinois, USA. Females in half of the ponds were treated with a cortisol impregnated cocoa butter implant prior to spawn while the remaining ponds contained untreated (control) females. After spawn, offspring size, baseline and stress-induced cortisol following air exposure, and behaviour (anxiety, exploration, boldness, and aggression) at different life-stages were compared between control and cortisol-treated mothers. Maternal cortisol treatment did not have a significant effect on spawning success or timing, but offspring of cortisol-treated mothers had higher embryo cortisol levels and mass right after hatch, and were less bold and less exploratory. These and other effects of elevated maternal cortisol will be discussed. 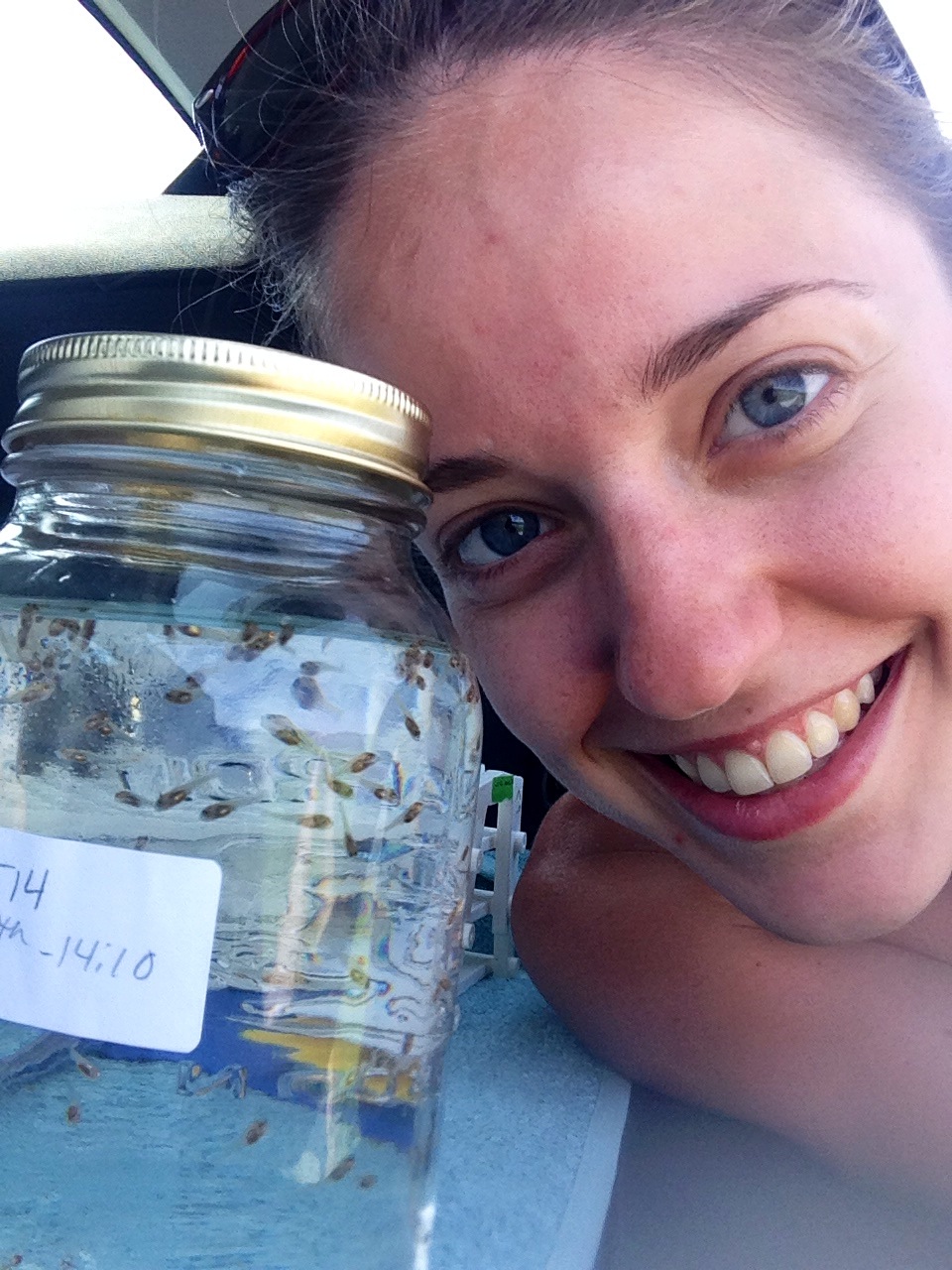 I am a graduate student finishing up my MSc degree in Biology at the University of Ottawa in Canada. I am currently studying the effects of maternal stress on offspring behaviour and responsiveness to stress in fish, but I am also interested in how host-parasite dynamics are mediated by host behaviour. In general, I love conducting behavioural and physiological experiments with an exciting mix of lab and field work to address conservation issues.